Now available in all good bookshops

An introduction with 101 puzzles

The Daily Sudoku has a number of puzzle types available, of different sizes, difficulties, twists and variants. From Classic to Squiggly, Kids to Monsters, and even new Cludoku and Kakuros. Contact us for more information and availability. 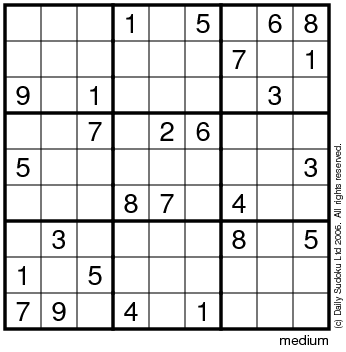 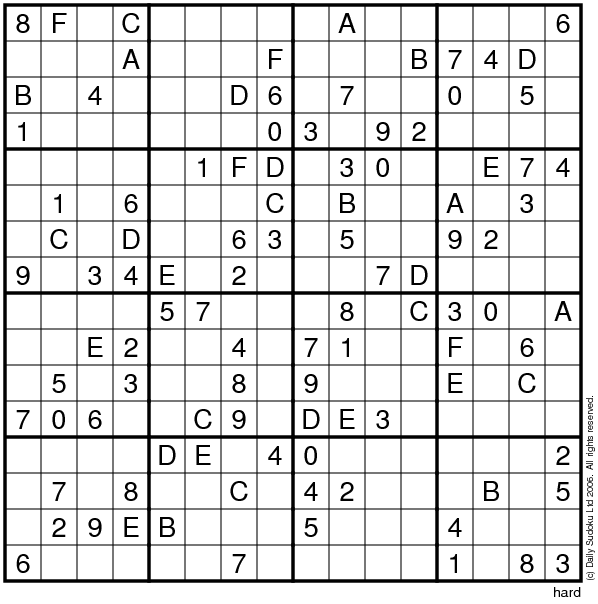 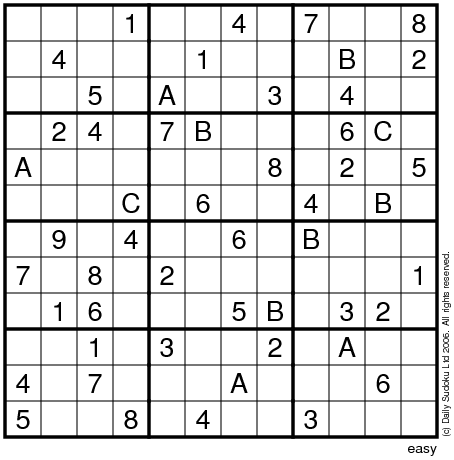 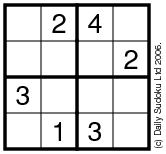 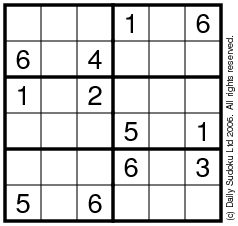 4x4 and 6x6 Sudoku puzzles are great for kids. We get emails from teachers, parents and kids, who all love 'em. Children as young as 5 can make a good start with the 4x4 puzzles, with a little help, and it doesn't take long for them to progress to the 6x6 puzzles, and then on to the easy classic puzzles. The Kids section of the website has a mixture of 4x4, 6x6 and easy 9x9 puzzles.

Please note: We are very happy for our puzzles to be used in the classroom -- we love to hear about it though, so please drop us a mail. 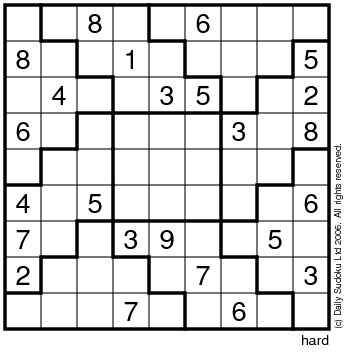 The Squiggly puzzles on the Daily Sudoku website have proved enormously popular since they first appeared as Christmas specials in 2005. Just like the classic 9x9 puzzle, but the irregular shaped groups of squares make you think very differently. A number of E-books of squiggly puzzles are available on the books page. (We also like the name Skewdoku for these things!)

Squiggly puzzles work in many different sizes -- we have 5x5, 7x7 and 8x8 puzzles available. 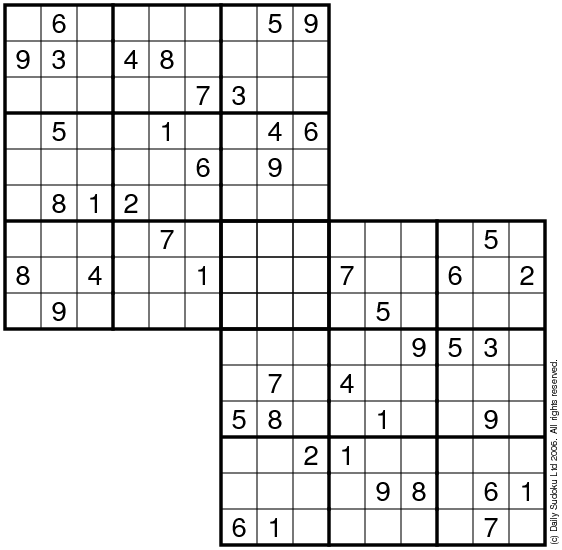 Overlapping 9x9 puzzles make for an even more fiendish challenge. We have versions that overlap 2, 4 and 5 puzzles, which we call 2-star, 4-star and 5-star Sudokus. The 5-star puzzles are also known as Samurai Sudoku. Solve each 9x9 square just like a classic Sudoku, but keep in mind the dependencies between the overlapping squares. 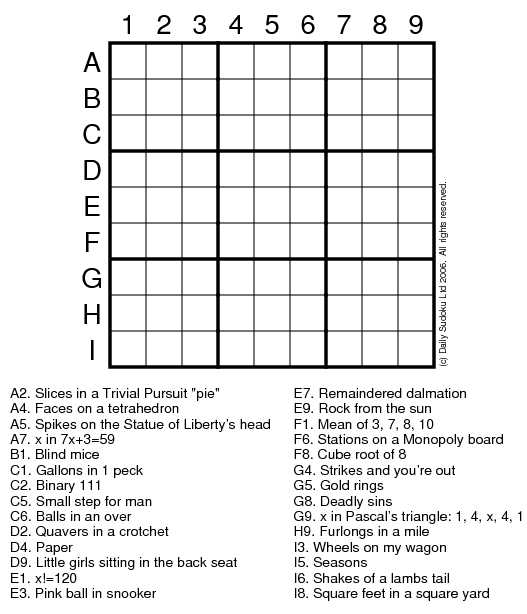 New from the Daily Sudoku: Cludoku. This is Sudoku with a twist -- no filled in numbers, rather clues to help you fill in some starting numbers. The more questions you answer, the easier the Sudoku becomes. If you can't answer a couple of the questions, well maybe that doesn't matter -- you'll just have to work a little harder with the Sudoku. Oh, and unlike the classic Sudoku and its variants above, you might have to do some maths! 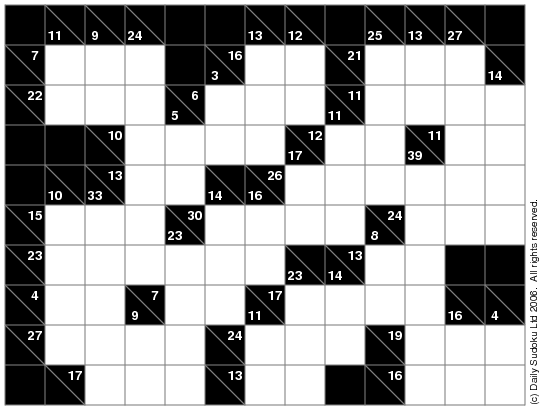 Following behind the Sudoku success, Kakuro is the next logic puzzle to take the world by storm. Kakuro requires a mix of adding up and logic -- use the across and down clues to place a number 1 to 9 in each square, such that the numbers in a set of squares sum to value of the clue. Each sum can contain any number only once. It's mch easier to do than explain -- give the example puzzle a go!